For today’s Tarot Tuesday (on Thursday! – M), we are using the Magic Manga tarot. For those that do not know what a manga is, they are Japanese comics that commonly have anime based on them. 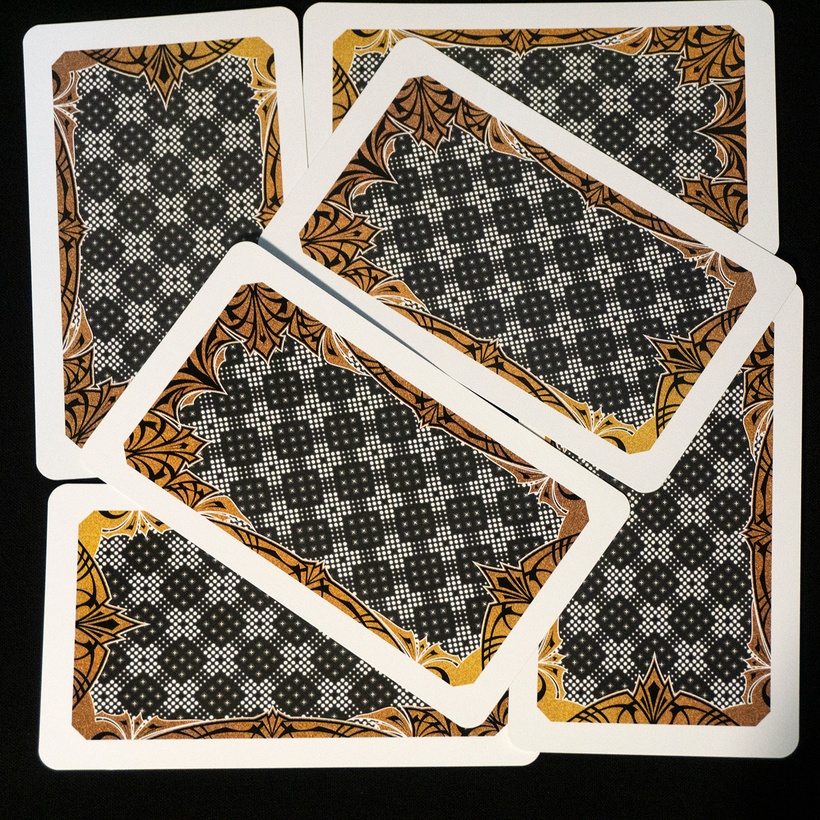 With Mercury retrograde until July 12th thought it would be a good time to have a look at what we can learn. Most look at Mercury retrograde as negative but does not always need to be so this spread is about seeing what you might not. The two top cards are what is causing you to not see what really should be focused on. The bottom cards are what you should look for help in overcoming what is going on. 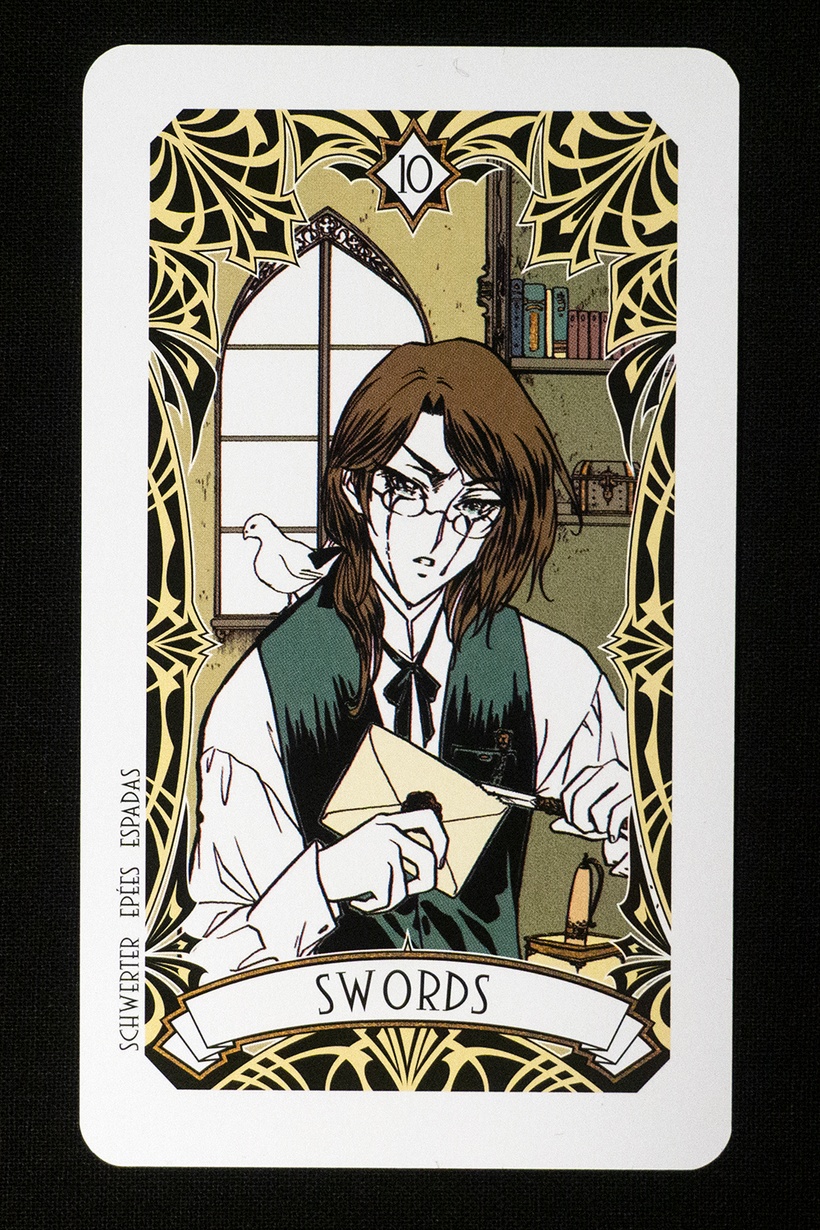 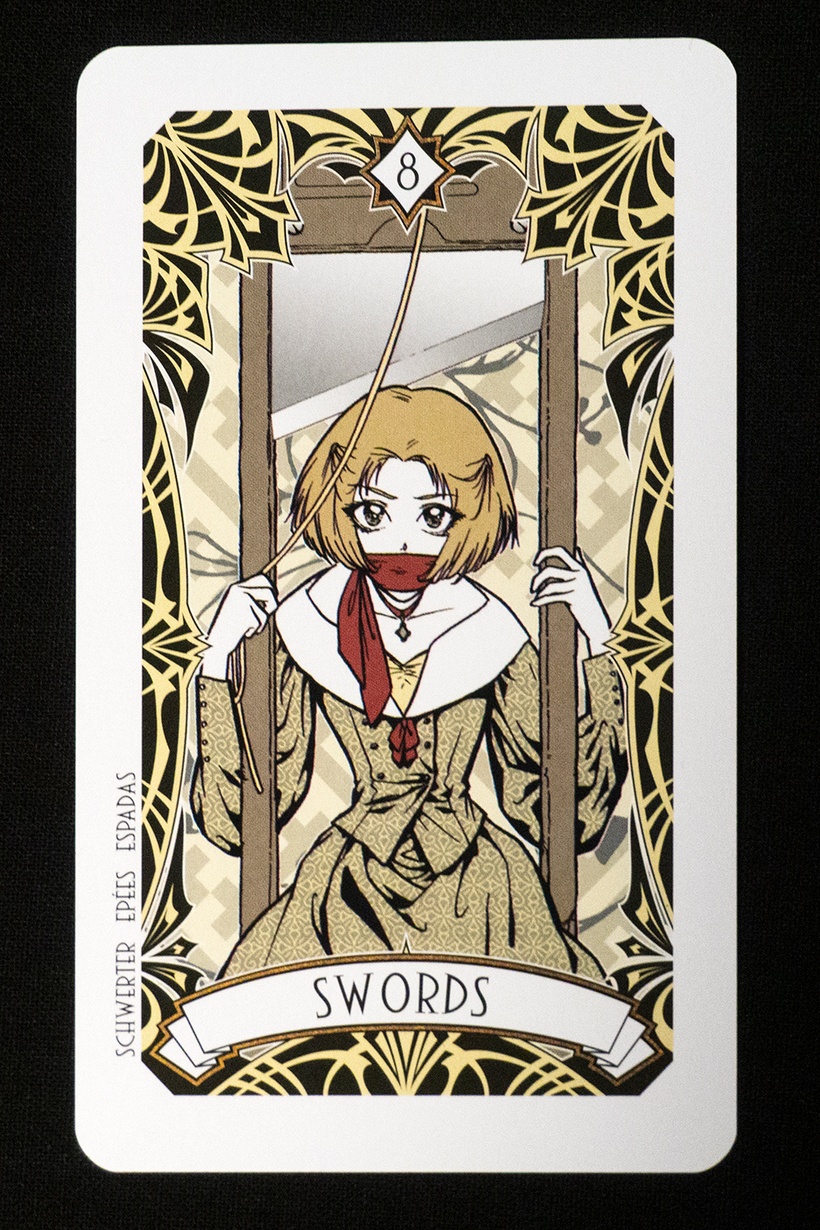 On top two sword cards clash over everything raining down self inflicted damage.

In the 8 of Swords you are holding the guillotine but cannot cry out because instead of letting go you allow your mouth to be tied.

The 10 of Sword instead of piecing down as seen in the Rider-Waite Tarot deck, rather it shows an answer that has come too late. Eyes are already wet with tears while opening the letter that holds what is needed.

Together they say you need to accept that which is negative but not to let it hold you under the Sword of Damocles. It is never easy to do this and know that a late answer is still an answer. 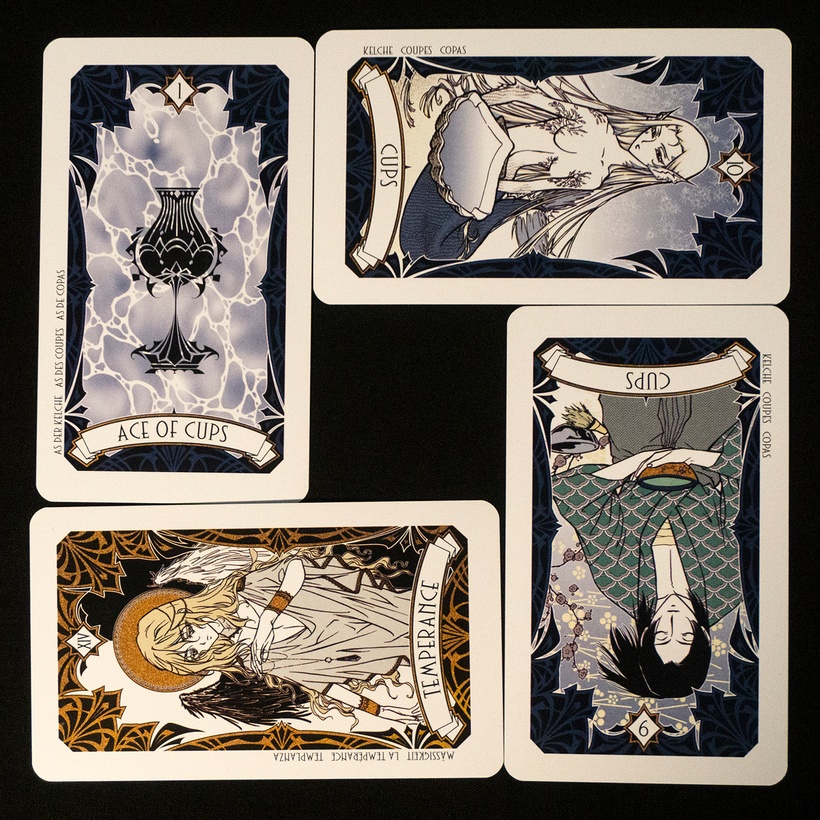 With three cup cards mixed with temperance things will be better but only if you are willing to wait. 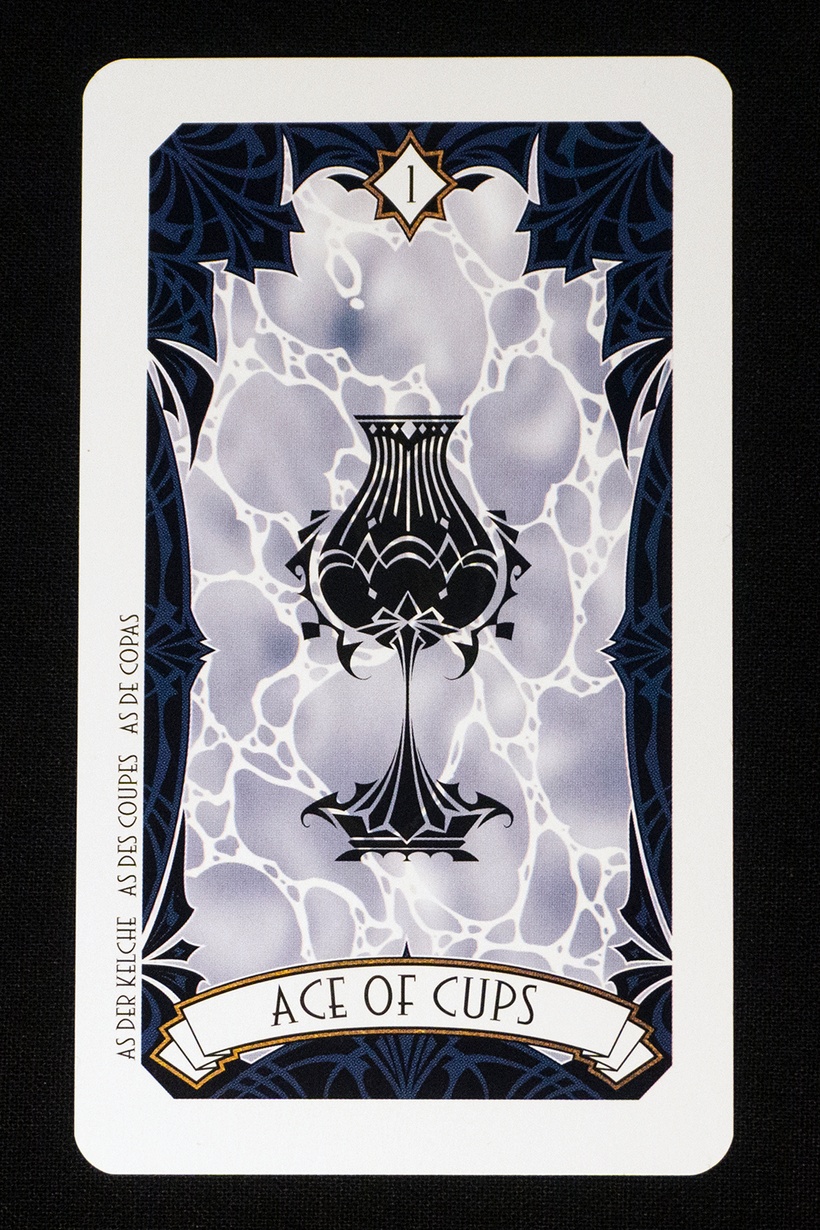 Starting with the Ace of Cups, you should look to see what fills you, but this card is not overflowing so that is an important aspect to not overfill your cup. 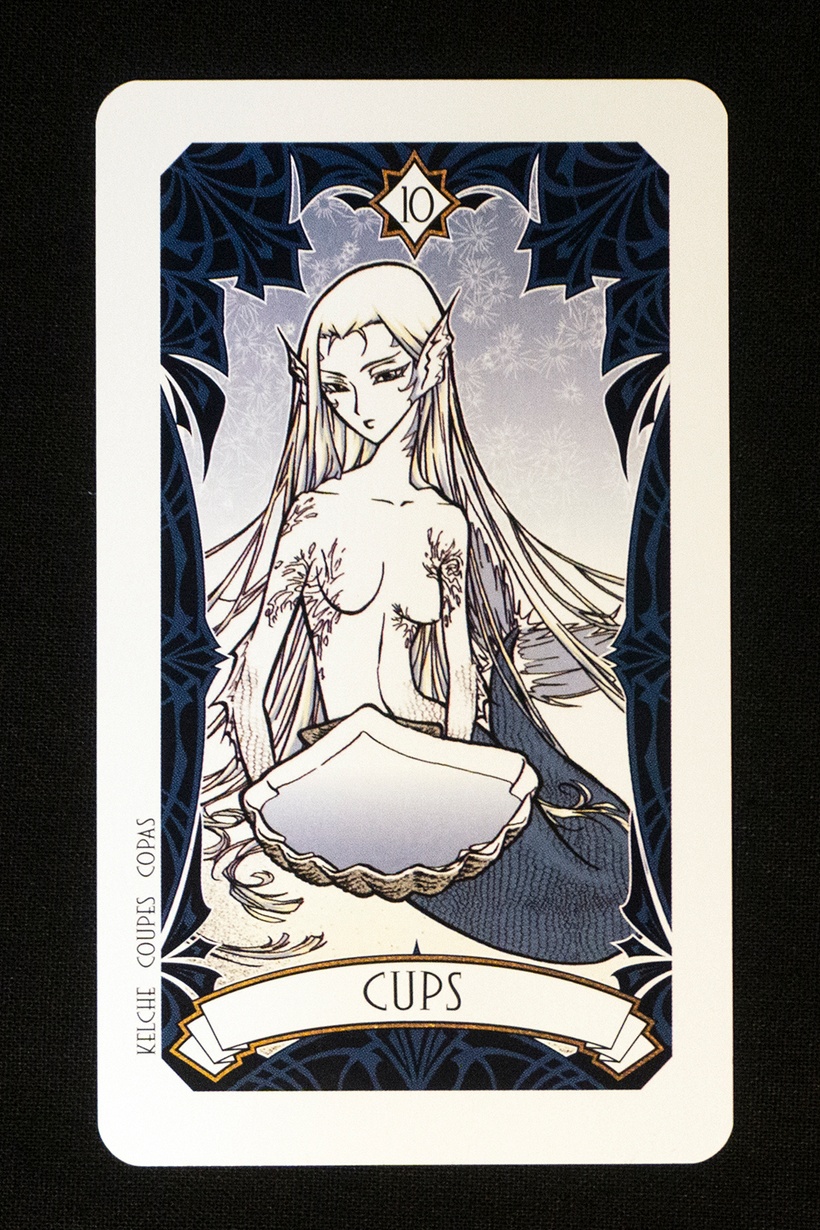 10 of Cups gives us peace, looking further at the card it also can mean emptiness, the mermaid has a large shell to hold things, take and share with this space you are given. 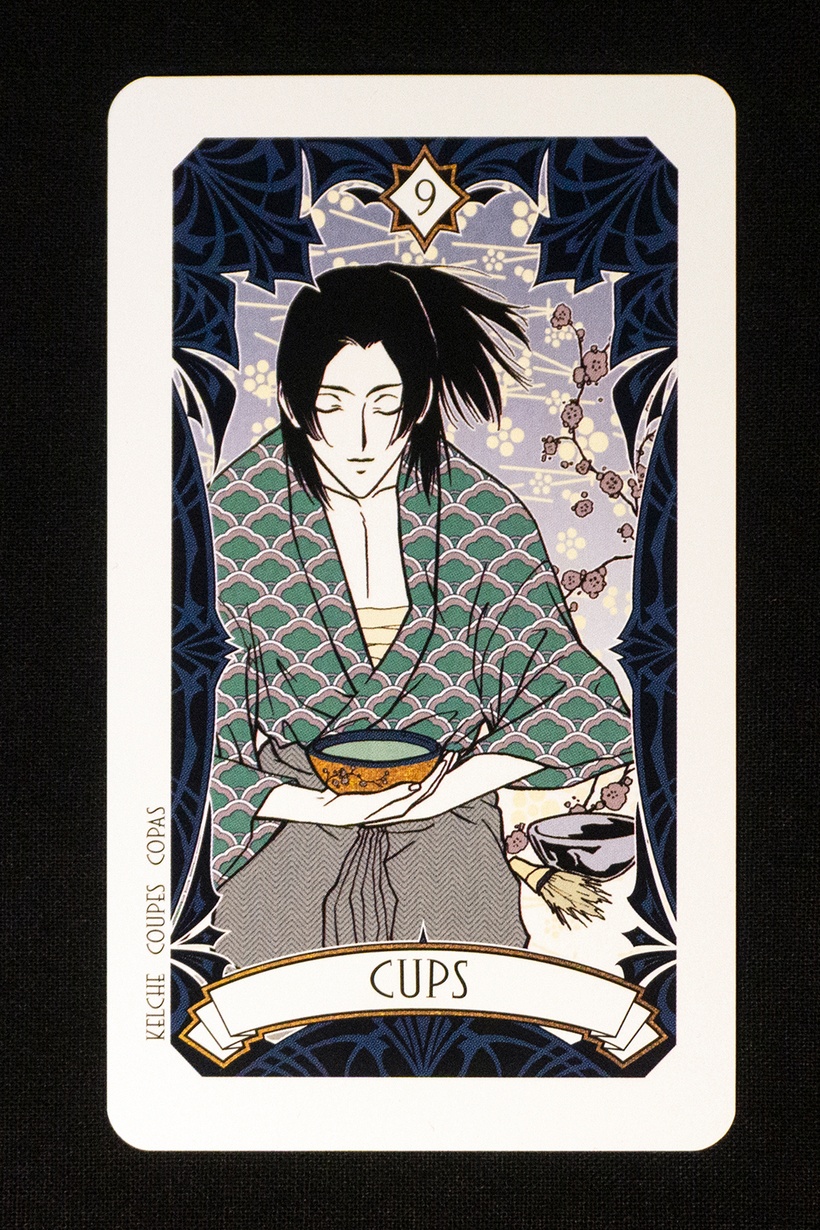 9 of Cups shows success, but not so much as gaining more but using what you have. You see an empty cup behind the man, who is content to have a filled cup in hand. Success is how you measure it so do not let others say otherwise. 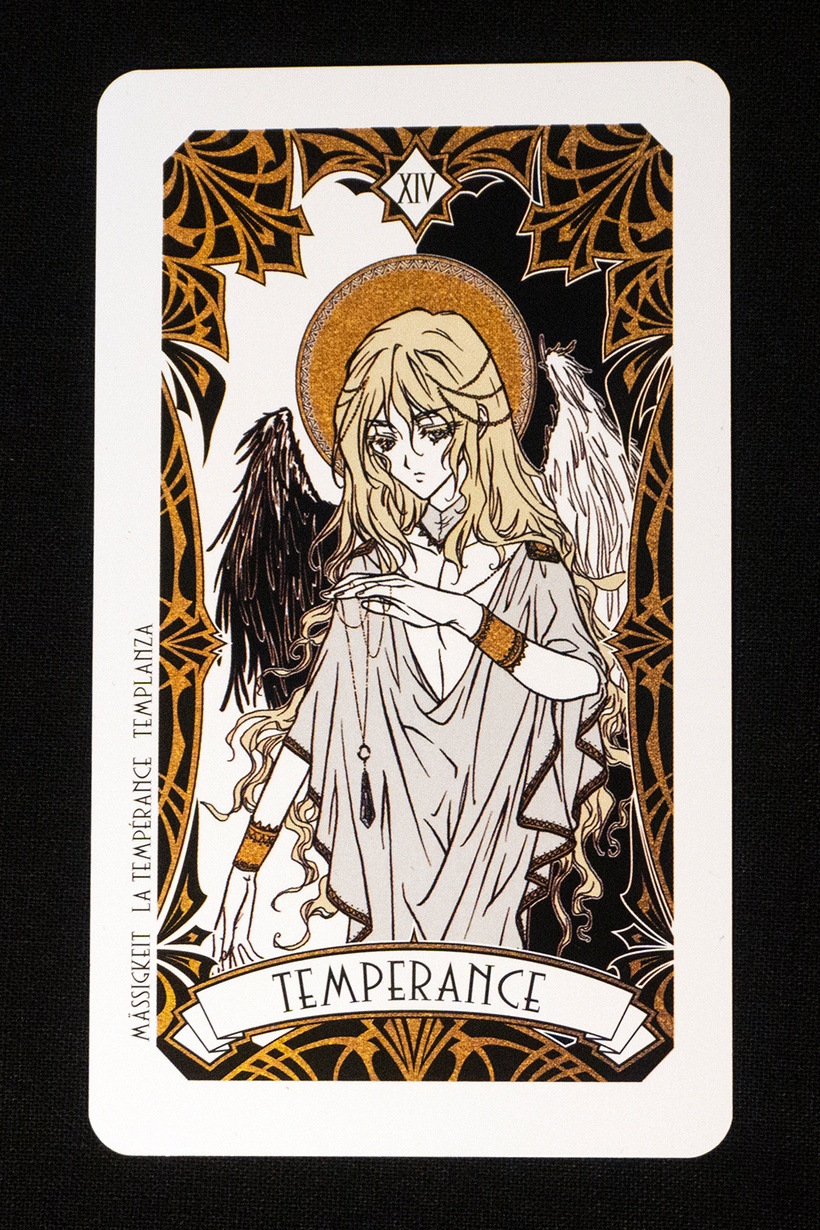 XIV Temperance. With all this drinking I guess we move into the temperance movement (okay bad joke -M). But really the name itself boils down things, moderation. The card itself has an angle with one white and one black wing, showing balance. Lastly they have a pendulum finding center.

All mixed together you can see to take what you need right now to fulfill your needs, but not over do it.

Let go of the negativity that is blinding you, but with a new outlook of things try not to go overboard and share what you can with others.

Thank for being patient with this coming out a bit late (Mercury Retrograde I swear -M). Again any feed back is most welcome.